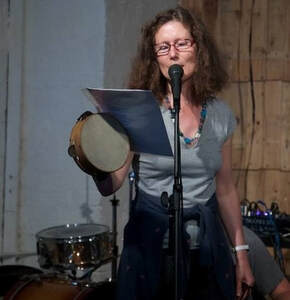 Claire Booker has worked for charities, local government and BBC Television as a journalist and press officer, and more recently as a medical herbalist and clinical hypnotherapist. She lives in Brighton.

Claire's latest poetry pamphlet The Bone That Sang is out with Indigo Dreams Publishing. Her earlier pamphlet Later There Will Be Postcards is available from Green Bottle Press.

She was commended in The Poetry Society’s Stanza Competition (2019), been a winner of three of its Members’ Poems Competitions, a winner in the Poems on the Move competition (2018) and a recipient of a Kathak International Literary Award. Claire travelled to Bangladesh as a guest poet at Dhaka’s International Poetry Summit 2019 and has featured at many poetry venues in the UK, including London, Brighton, Birmingham, Manchester, Maidenhead, Oxford, and Winchester. 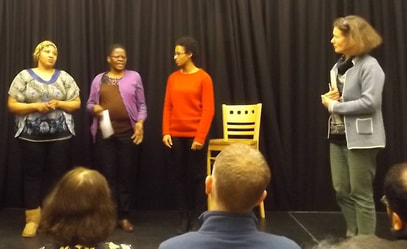 Her poems have been set to music and performed at the Actor’s Church, Covent Garden; read simultaneously at six venues as part of Arachne Press’ Solstice Shorts Festival (2019); displayed on Guernsey buses; filmed by Aberystwyth University and published by Bucharest University as part of the UK/Romanian poetry collective, PoetryArtExchange.

​Her poetry has appeared in Ambit, Artemis, erbacce, The Frogmore Papers, Dreamcatcher, The High Window, The Interpreter’s House, Magma, The Morning Star, The Moth, New Welsh Reader, The North, Orbis, Poetry News, Poetry Salzburg Review, Popshot, Prole, The Rialto, South Bank Poetry, The Spectator, Stand, Structo and Under the Radar, among others. 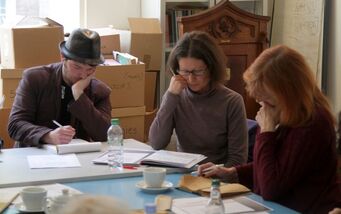 She is a member of the Brighton Stanza group.
Claire Booker