Claire Booker grew up in Surrey and read History at the University of Sussex before moving to London to work as a journalist and press officer. She is now a medical herbalist and hypnotherapist.
​ 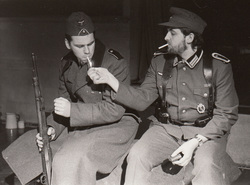 Her stage plays have been produced in America, Australia, France, Germany, Malta, Romania, Spain and the UK. They include monologues, short plays, one act and full length dramas.  Her play The Devil and Stepashka was nominated for a MacAllan Writer’s Guild of Great Britain award, and Irish Roulette was nominated for the Arts’ Council’s John Whiting award. She has had radio plays broadcast on BBC Radio 4 and local radio stations, including LBC and Wey Valley Radio.
​ 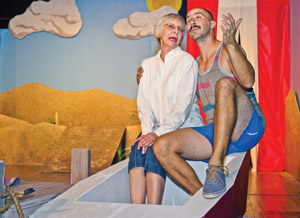 She won The Douglas Clarke Award, and has been nominated three times for the George Taylor Award, been runner-up in the Southampton International Playwriting Festival, a finalist at the Ovation Theatre Awards, won a Notable Contribution Award (Writing) at the Lost Theatre’s one act play festival, has been a prize winner twice in the Wandsworth All London Literary Competition and was shortlisted for the Ted Walters International Playwriting Award.

Some of her monologues and short plays have been published by Morgan’s Eye Press, The Delinquent and The Good Ear Review.

She is currently an associate writer with Goblin Baby Theatre Company.
Claire Booker